We awoke this morning to blue skies and a few clouds after last night’s heavenly demonstration of thunder and lightening. Bright-eyed & bushy-tailed, Molly started the morning with a solitary energetic run.

Around 8am, our bike guides Harvey and Emily collected us from the resort and delivered us in Manitou at the COG railway for a one-way ticket to ascend Pikes Peak. They kindly offered us light sustenance of bagels with peanut butter/jam, yogurt, granola and coffee. Molly encouraged those of us wanting more substantial fare to hit the resort’s dining room prior to our departure.

At the COG railway depot, we loaded up our day packs with camera’s, hats, gloves and extra layers and filled our CamelBaks. For those of us that didn’t prepare ahead, we purchased bottles of water and oxygen canisters marketing 50 puffs. Pink grapefruit was the overwhelmingly flavor of choice. 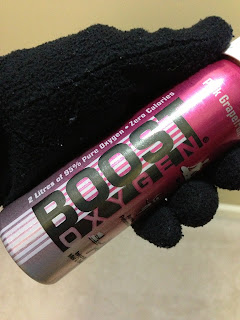 Some believe oxygen canisters offer a strict placebo effect. For those of us with thick heads blood, we are true believers and would never voluntarily climb to an altitude exceeding 14,000 feet without bringing oxygen in a can. Any unused canisters could be returned for a full refund. You can never be too prepared, as Tobi knows! 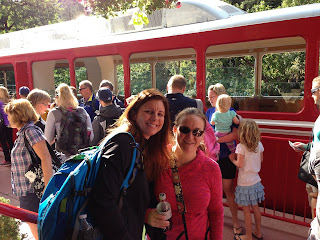 The COG train left the station sharply at 9:20am. We spent the next hour listening to the conductor’s silly jokes and trivial fun facts. We ascended the mountain, checking out the sites, snapping a few photos and adding layers as temperatures dropped. The temperature difference between the base & summit can be as much as 40 degrees.By the time we reached the Pikes Peak summit, we were swathed in our cold weather attire and ready for some action. 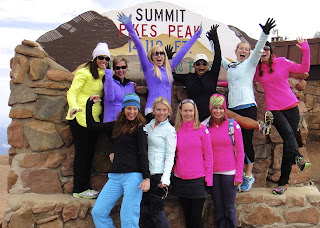 We quickly took our potty breaks & photo ops, filled our lungs with canned oxygen and readied the bikes for the imminent 6,000 foot descent. 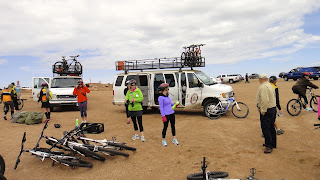 Molly sported the Go-Pro as we flew off the mountain like bats out of hell superman down the mountain. 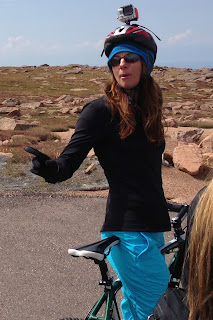 Some of us felt the need for speed as we sailed through the switchbacks, while others of us cautiously negotiated the slope of the road, respecting each and every one of those 14,115 feet of altitude. Periodically, our guide, Emily, stopped along the route, to check our progress, shed our layers, shoot photos, hydrate and describe the upcoming terrain. Harvey followed us in the van to collect our extra clothing and bring up the rear. 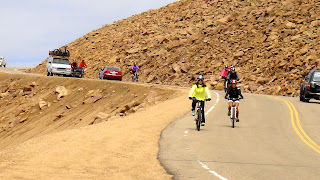 After three hours of an exhilarating bike ride, we parked our wheels at a neighborhood restaurant offering wine-tastings. Tho many of us pre-ordered cheeseburgers or grilled turkey sandwiches, the aroma of the third option, brats, left us second-guessing our original selection. Naturally, we washed down the solids with tasty Pinot Grigio or Cabernet Sauvignon and plenty of water. 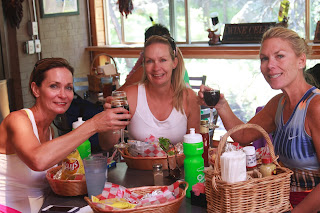 By 3pm, Harvey & Emily deposited us back at the resort. Esther & Tobi played a tennis math (as if they hadn’t expended enough energy already), three enjoyed spa treatments, 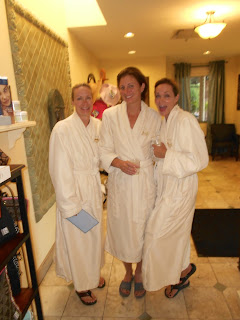 while others climbed more mountains, 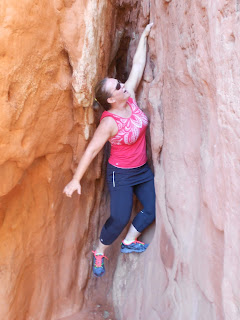 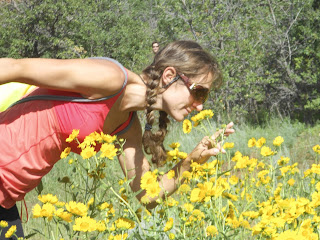 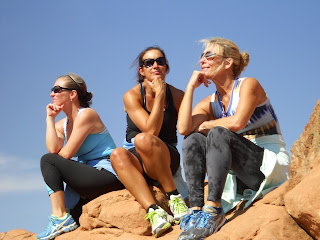 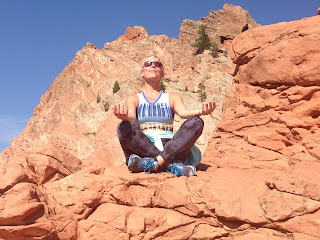 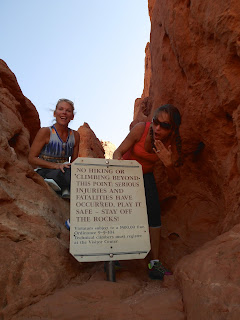 After showering & trading in spandex for casual evening attire, we headed offsite for dinner. The restaurant was expecting us, thanks to Molly’s advanced coordination. After Esther’s quick phone call from the booth, 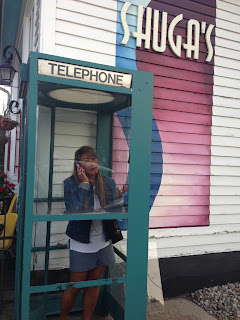 we quickly filled the tables and ordered innovative cocktails. I ordered the flavorful Sassquash made up of vodka infused butternut squash with spices. The first drink was so delectable, I followed up with a second. Our meal did not disappointment (note: do not miss the Spicy Brazilian Coconut Shrimp Soup). The casual atmosphere coupled with the savory cuisine was a perfect venue to refuel and end the day for some of us, but not for all of us…. 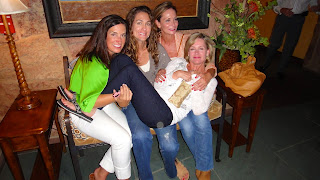 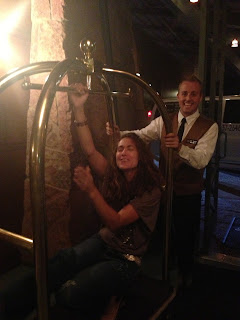 Retiring to our rooms, in preparation for tomorrow’s activities, some of us look forward to conquering the Manitou Incline on the next trip, while the rest of us breath a sigh of relief  that today’s focus was downhill. We will gladly view the Incline Video and show reverence to Harvey, Emily & our bikes.

Get the Mojo Newsletter